The evening of January 6 through 7 has the special name of “Seventh-day New Year”. All over Japan people take down heir New Year’s decorations and enjoy various events. 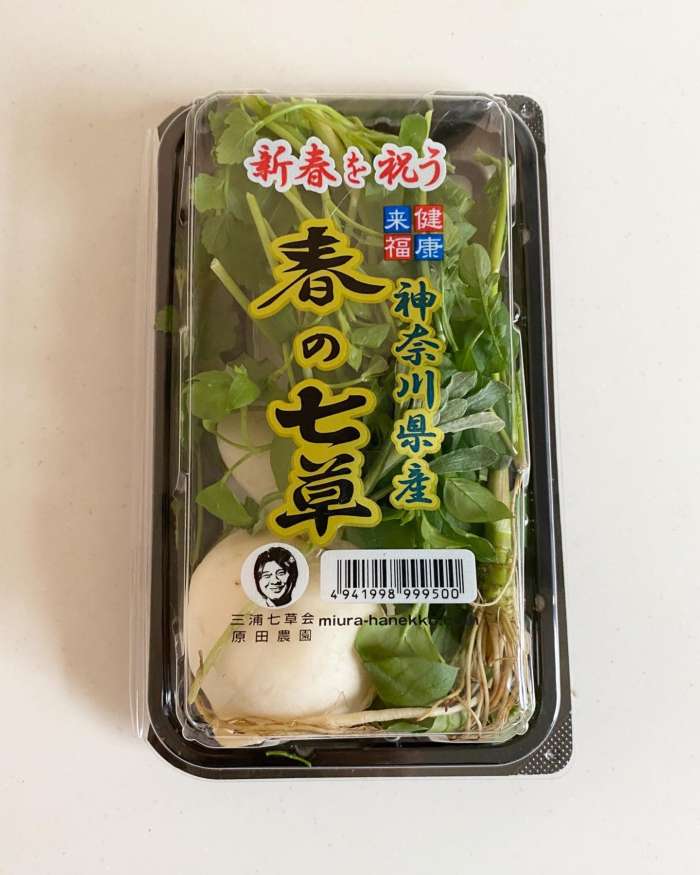 On January 7 in ancient China, people customarily made soup with seven kinds of vegetables as a symbol of their wishes for good health. This custom was introduced to Japan where people already had the custom of eating rice porridge cooked with seven grains on January 15.

These two customs merged and Japanese people started adding seven kinds of spring herbs to make this seven-herb porridge called “Nanakusa-gayu” (七草粥). The original intention is to protect oneself against evils and invite good luck. And to pray for the longevity by eating the seven herbs that endure throughout the winter. 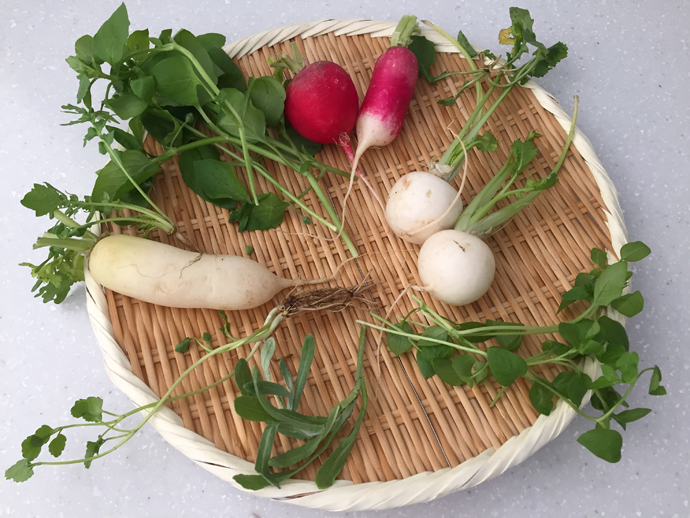 What are the “Seven Spring Herbs” and its meaning? 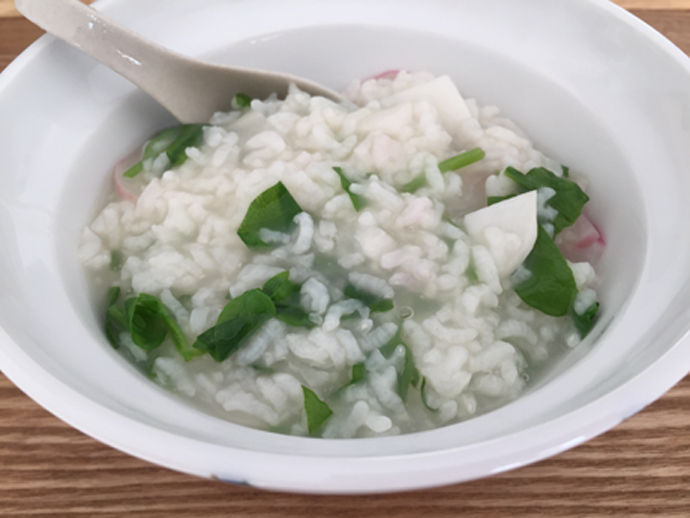 1. Peel the turnips and daikon radish and cut into bite-size pieces.
2. Wash other herbs and cut into small pieces.
3. Put rice and water in a pot, cover the lid and heat with high heat.
4. When it starts to boil, turn low heat and add seven herbs.
5. Steam for 10 minutes. Then, turn off the heat.
6. Enjoy with sprinkle of salt, if needed.

Osechi (おせち), the abbriviation of O-sechi-ryori, is a traditional New Year’s Dish which is severed in multi-tiered lacquered boxes called “ju-bako”(重箱). 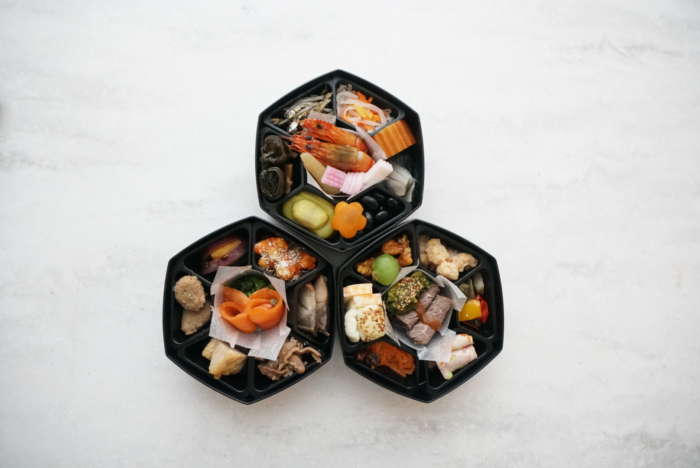 Many years ago, Japanese people offered special food to the gods on the occasion of five different “sekku” (big festivals). These five were Nanakura, Hina Matsuri, Children’s Day, Tanabata and Chrysanthemum Festival. After the food was presented to the gods it was then enjoyed by the family. It was called “O-sechi (節)-ryori” because it referred to meals eatedn on “sekku” (節句).

Today, it has the specific meaning of festive food enjoyed at New Year’s. In samurai times the food was very spartan but nowadays it is quite elaborate and varies from region to region and family to family. 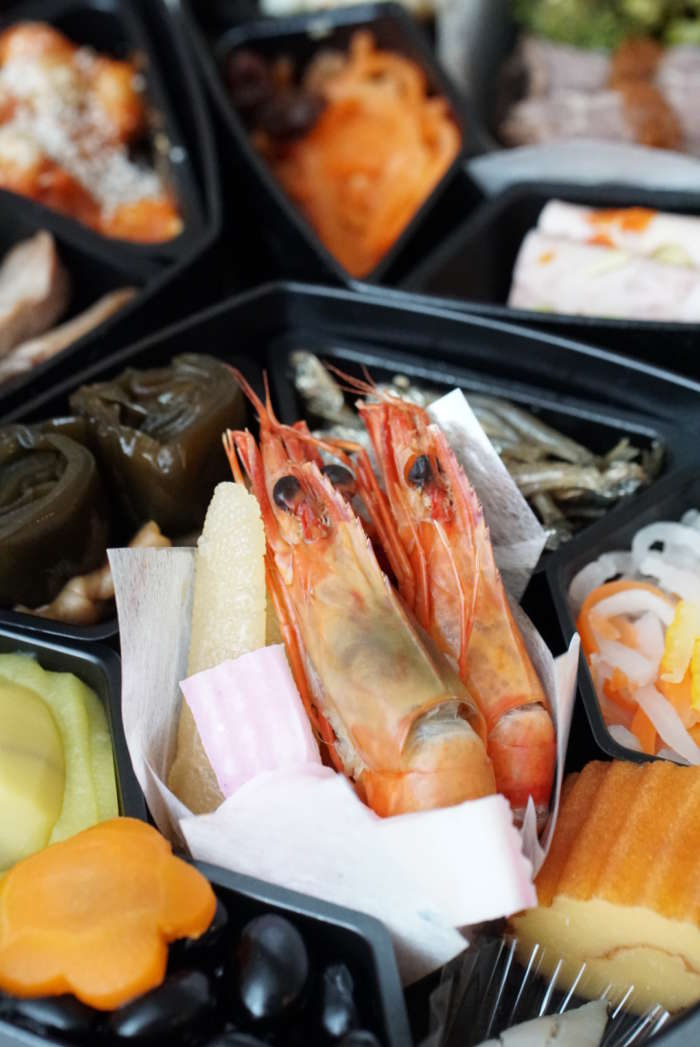 Osechi is intended to save Japanese housewives the trouble of cooking during the busy New Year’s holidays, so that they can take a break even for a few days, and it is also characterized by its strong overall flavor so that it can be preserved.

Osechi is also stuffed with dishes that bring good luck. For example, boiled shrimp (Ebi no Onigara-yaki) symbolize longevity because they are bent like an old person.

END_OF_DOCUMENT_TOKEN_TO_BE_REPLACED 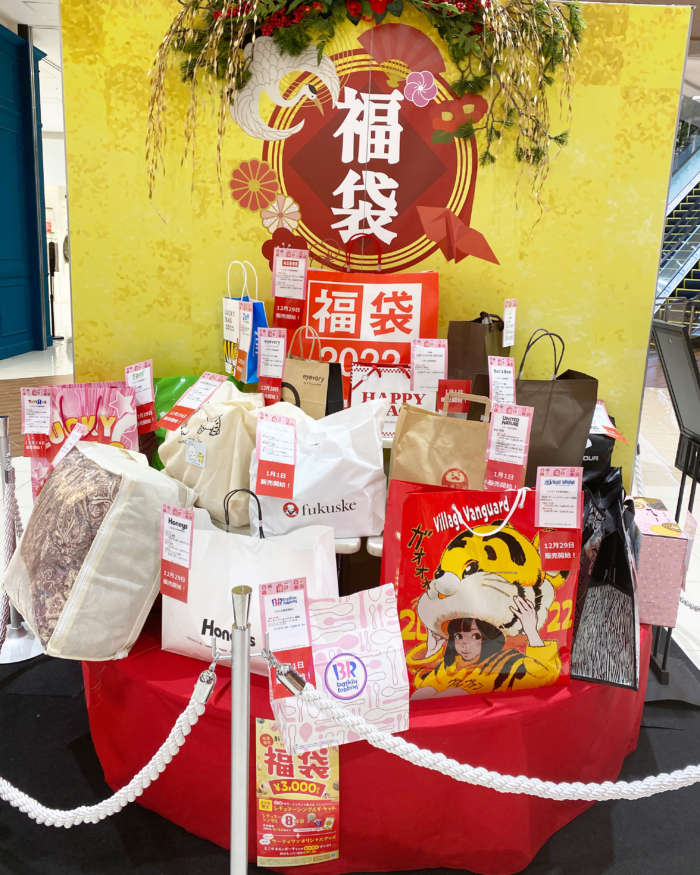 The word “fukubukuro” is composed of the words “Fuku” and “sack”. Fuku comes from the proverb, “There is good fortune in what remains.” 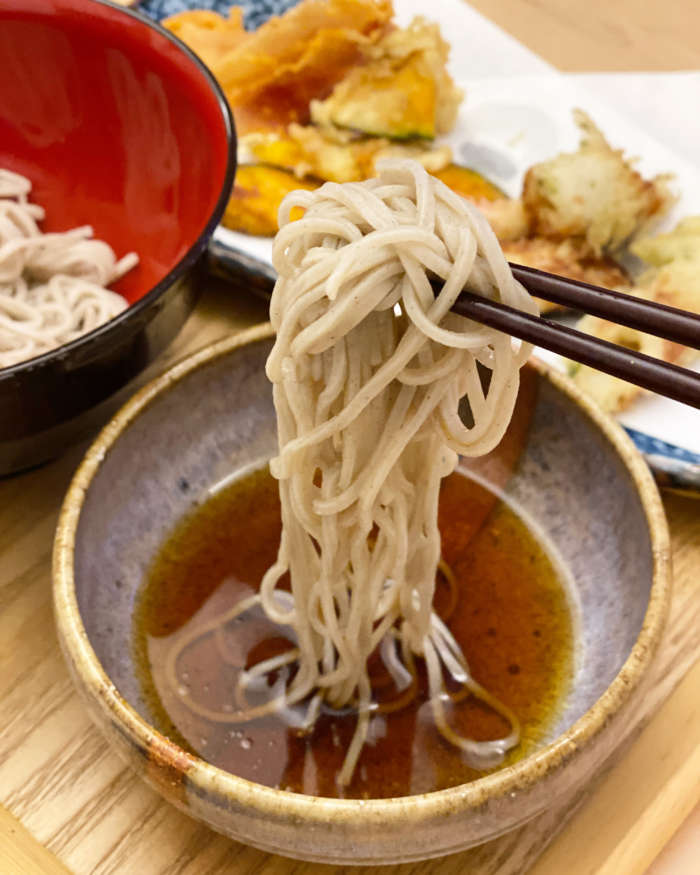 Toshikoshi Soba, or year-end buckwheat noodles, is a dish eaten annually on New Year’s Eve in Japan. This tasty tradition carries great significance and symbolizes the crossing over from one year to the next.

The custom of eating soba on New Year’s Eve is said to have started in the Edo Period (1603-1868). There are many theories behind the origins of this custom. One suggests that since buckwheat noodles are easier to cut than thicker varieties, it represents the cutting away of any bad luck built up over the course of the year.

Other beliefs point out how soba is healthy, so eating it is a great way to wish for good health in the new year. Since soba noodles are also long and thin, the noodles symbolize long life. Thus, it’s customary to eat them with the hope for longevity.

This time, I made a tempura soba. Since my kids are not a fan of fried shrimp at the moment, so I fried chikuwa (fish cake), Kanikama (fake crab meat), pumpkin aside with spring roll with ham and cheese. My family ate all of it. Yummy!

My family love dipping style soba. How about you? 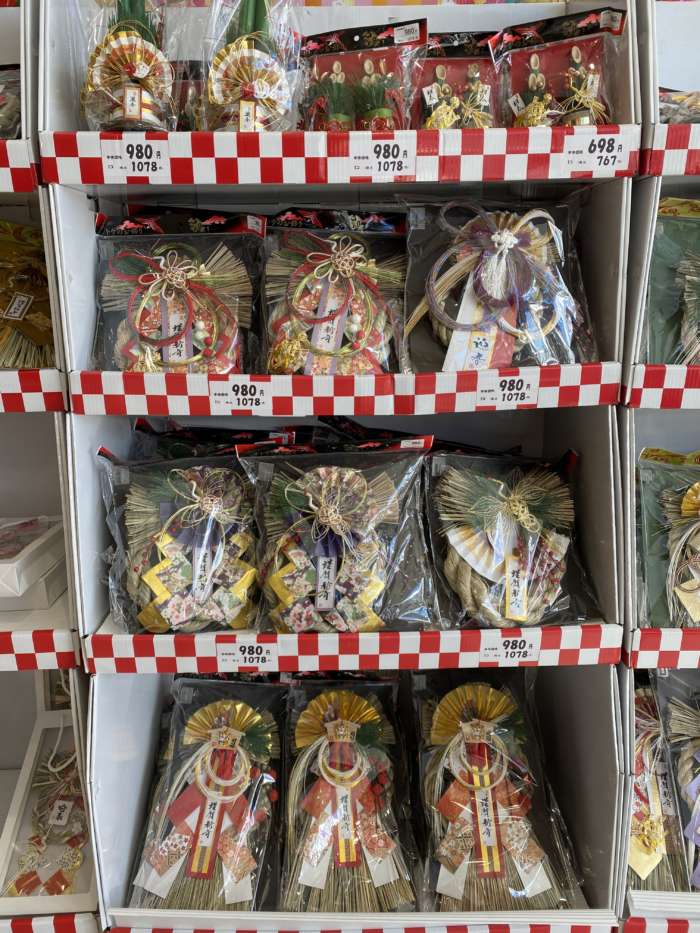 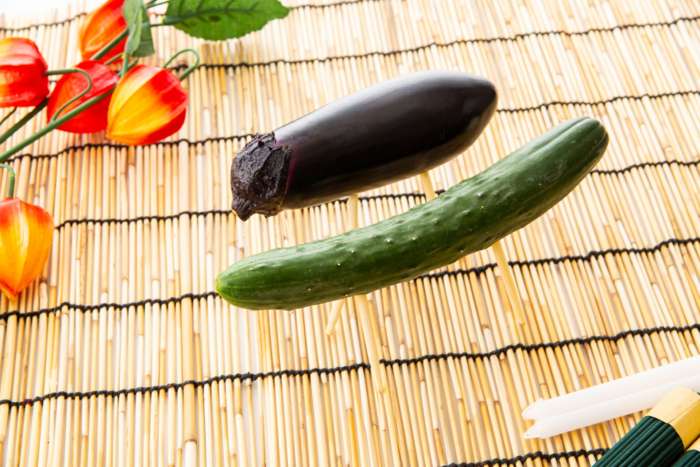 Families gather at the graves of their ancestors and clean all around before placing offerings on a special shelf and welcoming the souls back home.
END_OF_DOCUMENT_TOKEN_TO_BE_REPLACED 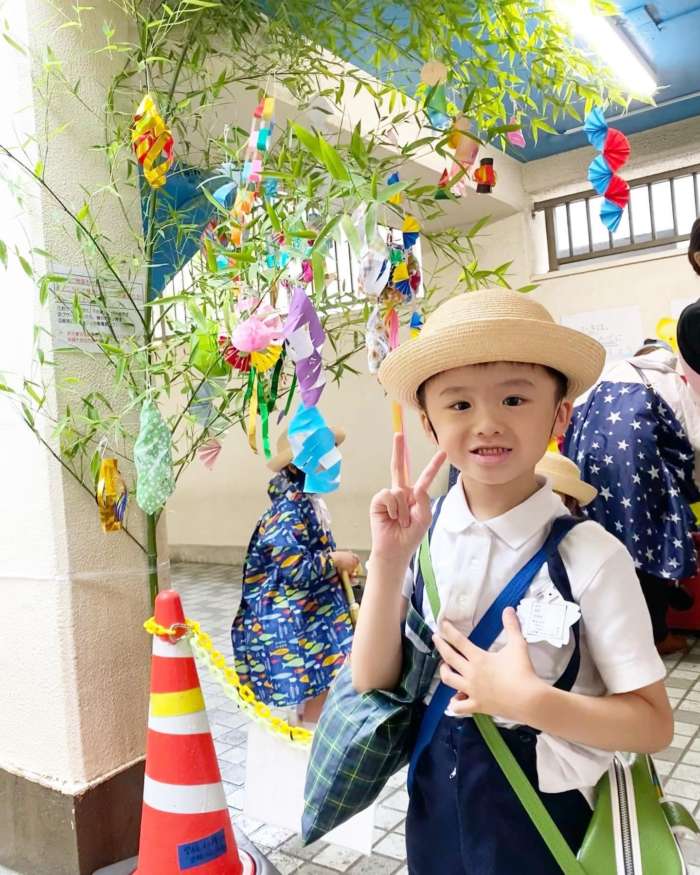 Legend has it that Vega and Altair, who are separated by the Milky Way, are allowed to meet only once a year on the night of Tanabata or July 7th.

It is said that if you write your wish on a tanzaku (a strip of paper) and hang it on a bamboo grass, your wish will be granted.

A few years ago, my son Kengo wrote that he wanted to be like me. And this year, it seems that he wishes to be a firefighter!

From ancient times, it has been customary to eat somen noodles in the Milky Way in Tanabata. Today, somen is served for lunch at my son’s kindergarten. My son loves somen noodles, so he also had somen noodles for dinner at home. 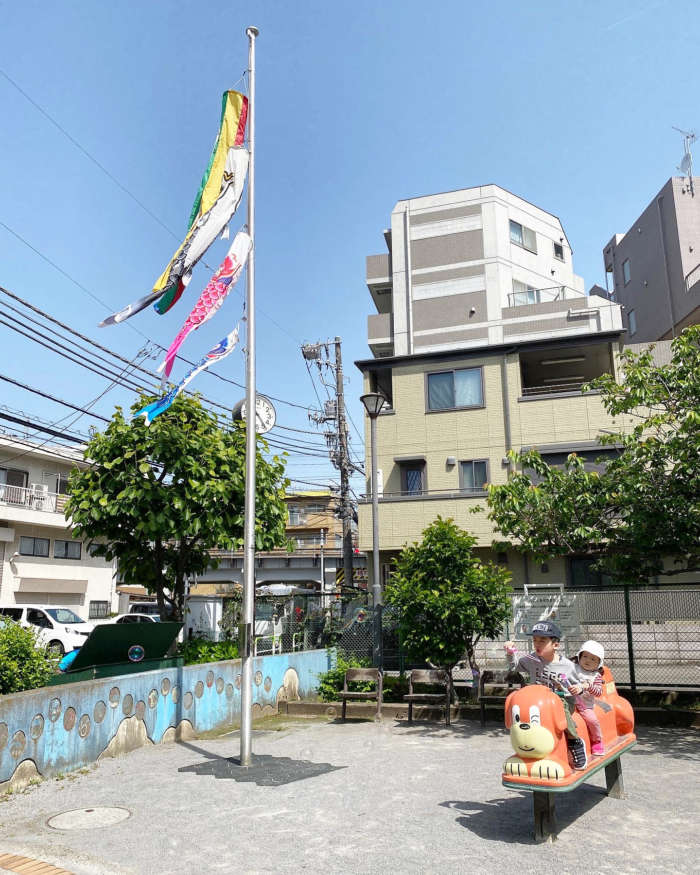 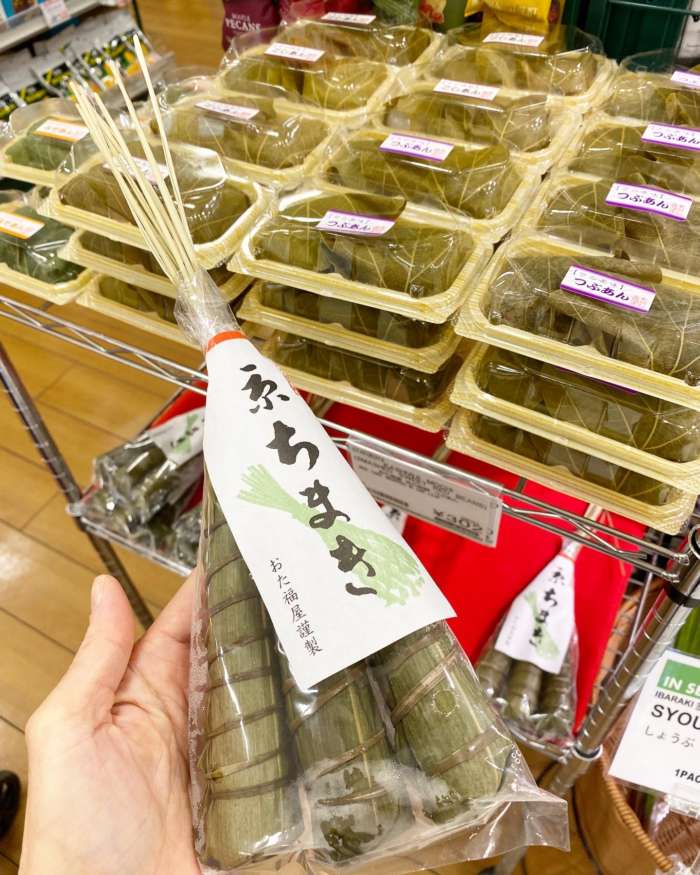 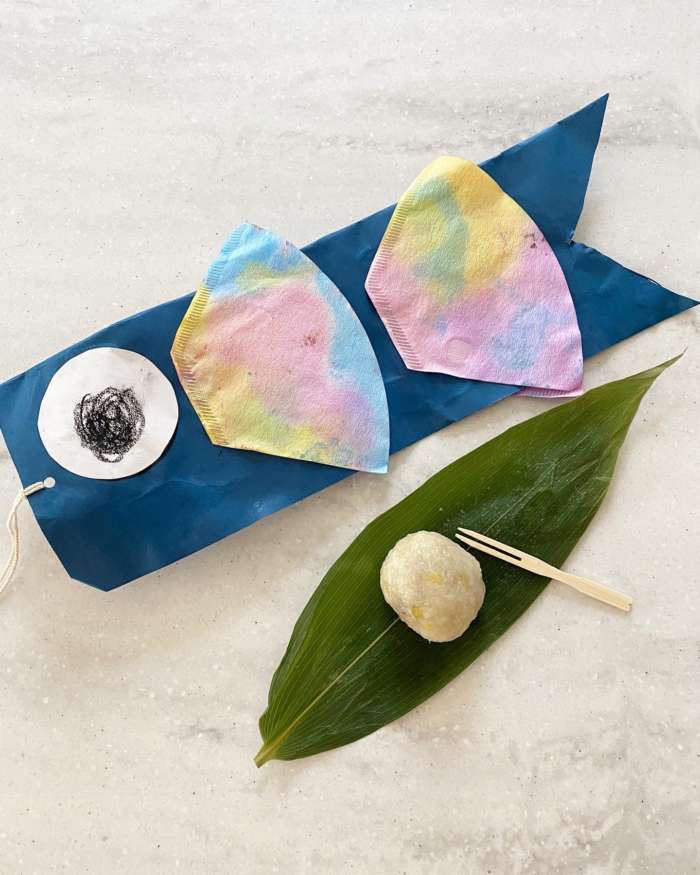 END_OF_DOCUMENT_TOKEN_TO_BE_REPLACED

The 3rd of March is the traditional and representative spring event day called “Hina Matsuri” in Japan.

Hina Matsuri is a special time to pray for the growth and happiness of Japanese girls. It is also called “Peach-Blossom Festival” because in olden times, people believed that peach blossoms had special powers to drive away evil spirits. According to the lunar calendar, peach blossoms were in full bloom around March 3. This is the reason that even today peach blossoms are always displayed together with Japanese dolls called Hina Ningyo (ひな人形).

This day, parents having daughter invite their families and friends to celebrate this event. They display Hina-kazari and serve guests traditional dishes. When I was a child, my family always celebrated the Hina Matsuri together. So, this event reminds me of my childhood every year. 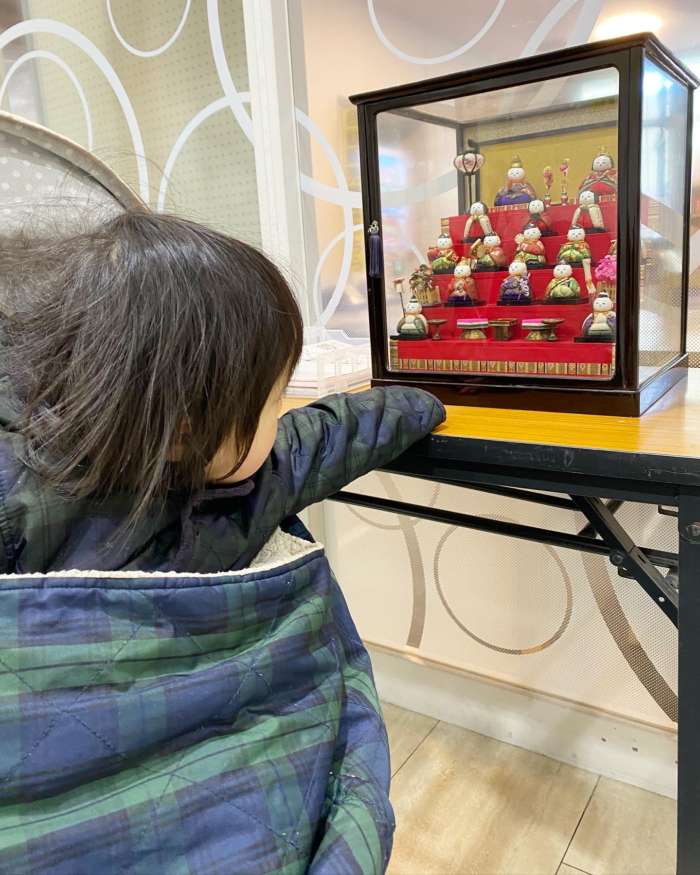 If you are planning to celebrate this Japanese family event, here are the recipes that we prepare here in Japan and also I recommend for home party.

Do you know this?

It is important to dismantle the display and put away the dolls as soon as the festival is over. The dolls’ faces are covered with special soft paper and each item is carefully wrapped and retuned to its designated box.

People have traditionally believed that if the dolls are kept out for too long after the festival, the daughter of the family will have a hard time getting married.  I remember that my mother was rushing to clean up when the Hinamatsuri was over. I hope her annual effort worked!? 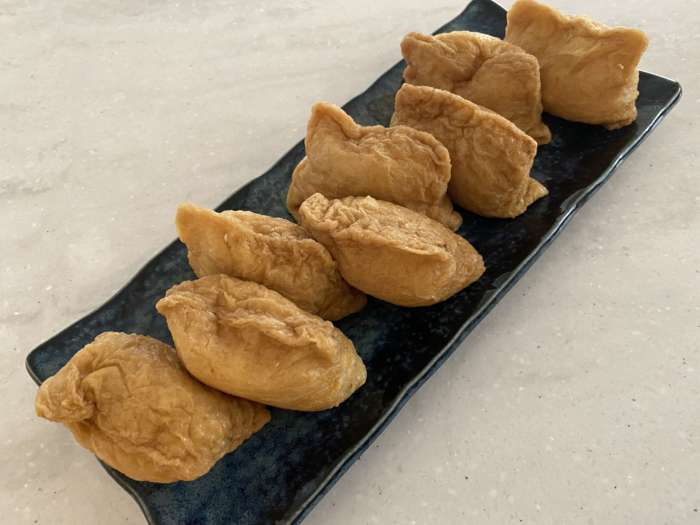