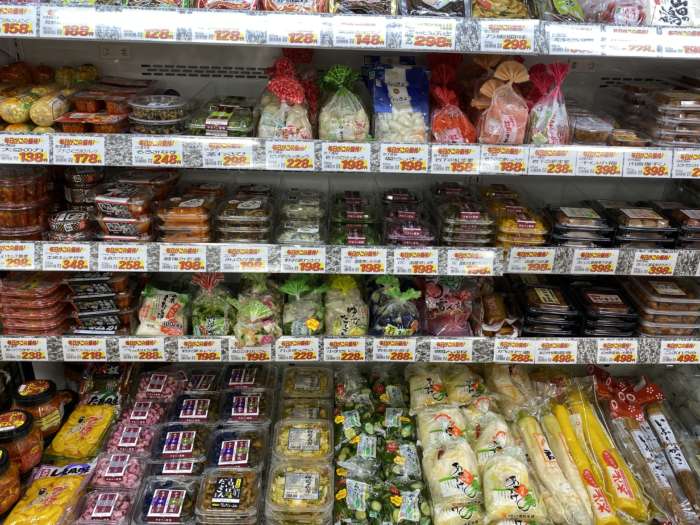 What is the characteristic of Japanese pickles ?

Pickling time ranges from a few minutes to a few hours to a few years, and some pickles are fermented in the process. They also vary widely in texture: cucumber pickles are crispy, eggplant pickles are soft and may squeak in your teeth. Takuan, the popular yellow pickle made from dried daikon, is sweet and crunchy. 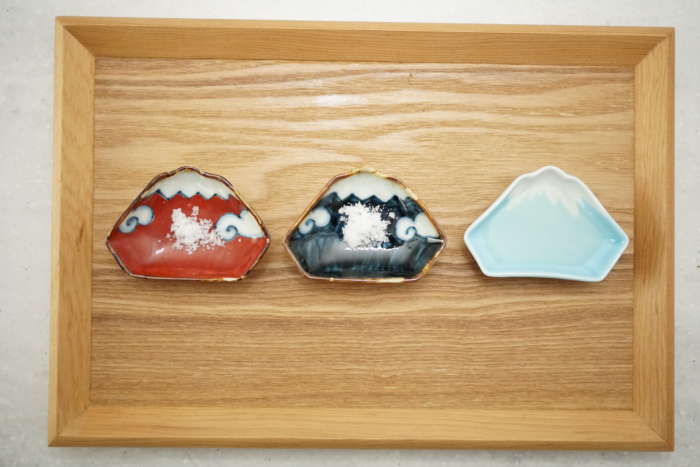 From the thin-sliced pickled ginger at the sushi counter to kaiseki meals that traditionally end with them, pickles are present in some form at most Japanese meals. Benishoga, or bright red pickkled ginger, is a popular accompaniment to fried noodles with vegetables called yakisoba. Curry is often served with sweet, red pickles made from seven different vegetables called fukujinzuke.

Some of the most distinctive pickled items are called Naraduke which originated in Nara, in the kansai region. These melon gourds, and other vegetables are pickled in sake kasu (sake lees) for as long as three years. Many of the melons and gourds arwe long, thin varieties, and after pickling, are presented in a spiral that resembles a sausage and covered in a brown slurry.

Another distinctive type of pickle, nukazuke, uses nuka (rice bran) as the fermenting agent. In the market the nuka looks like wet sand and covers whole pickled vegetables such as cucumbers, carrots, or daikon radishes. Before eating, the bran is rinsed off and the vegetables are cut up into bite-size pieces. The resulting aroma and flavor are quite different from pickles made with salt or vinegar.  In Tokyo, local pickle bettarazuke: daikon pickled in rice koji slurry is popular. 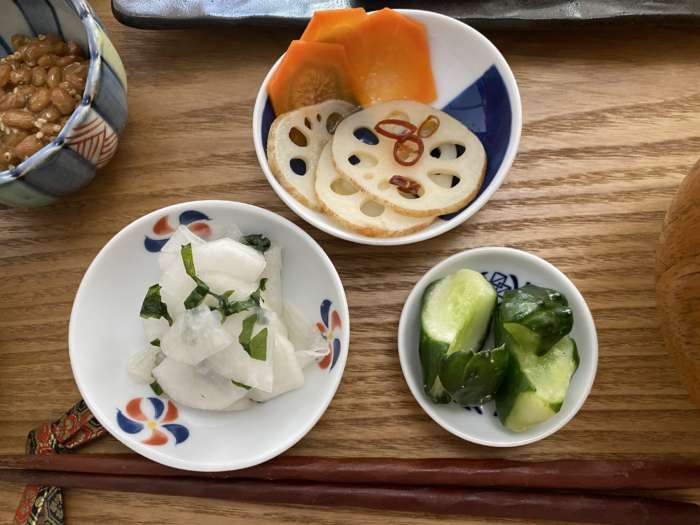 In Japan, it is usually served with various Japanese dishes, including Japanese breakfast, soba or udon noodles and donburi dishes. Pickles play an important role in balancing the whole dish, even though it is a small dish. For example, pickles have the effect of refreshing the mouth. For this reason, pickles are called konomono (Kou no mono, 香の物) or “fragrant things” or “fragrant foods” at long-established Japanese restaurants. 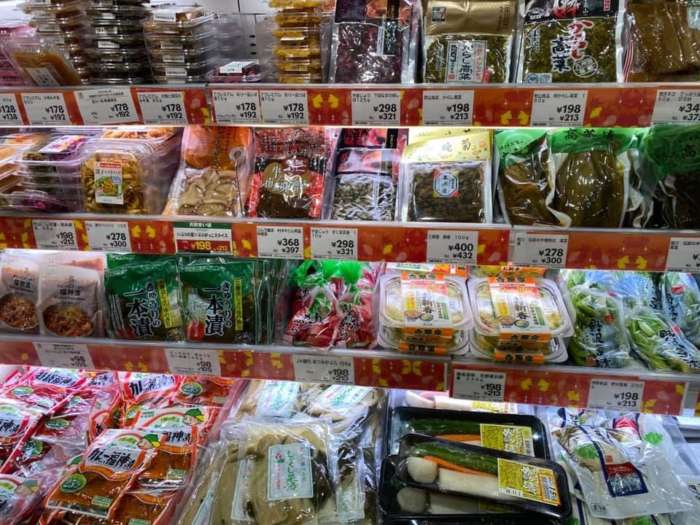 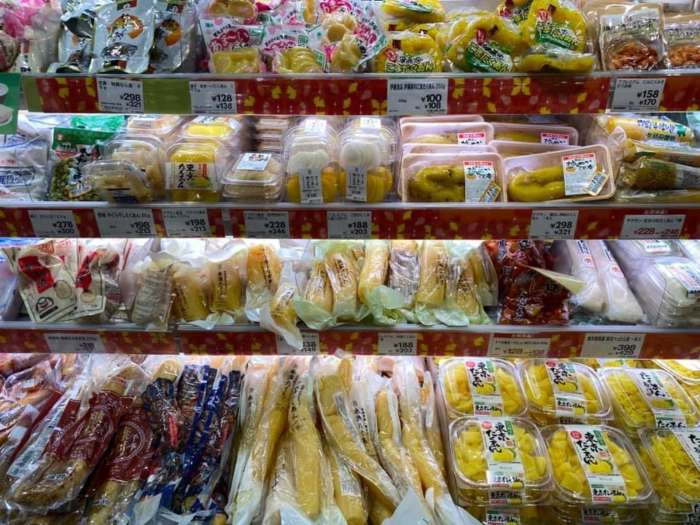 What are the popular vegetables for Japanese pickles? 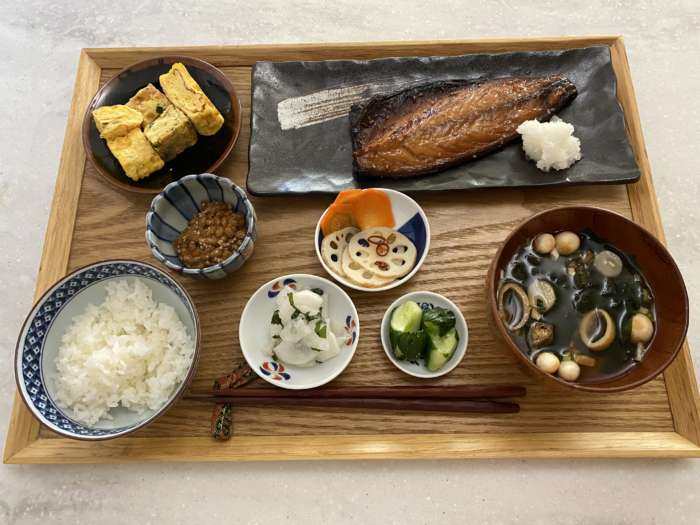 Watch How To Make Tsukemono

Editor’s Note: This post was originally published on November 4th, 2020.