Do you all like to spend time relaxing in a cafe?

While there are many Western coffee chain stores in Japan, there are also traditional coffee shops called “Kissaten”(喫茶店). Kissaten is essentially a store that serves tea or coffee. However, Kissaten in Japan may be a little different. 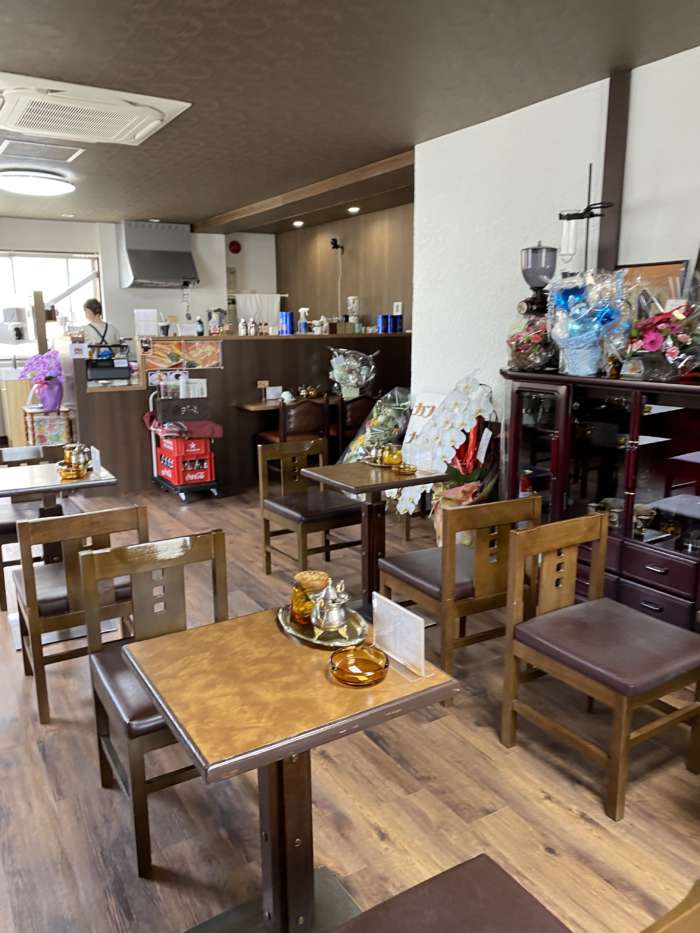 First, Kissaten are places to relax and quietly enjoy drinks and food. Some Kissaten have newspapers or magazines as well as TVs in the store, which may serve as background music in the store.

And, as is increasingly the case with Western coffee chains these days, Kissaten brew coffee one cup at a time, so it takes a little longer to be served. Still, it is worth the wait as a quality drink is served. 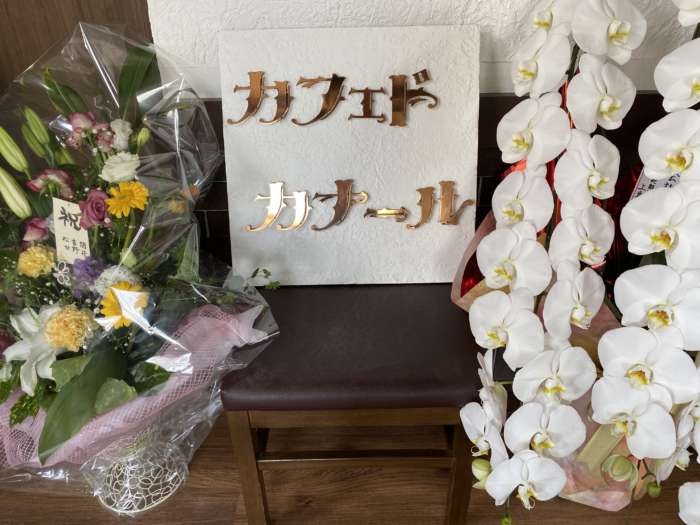 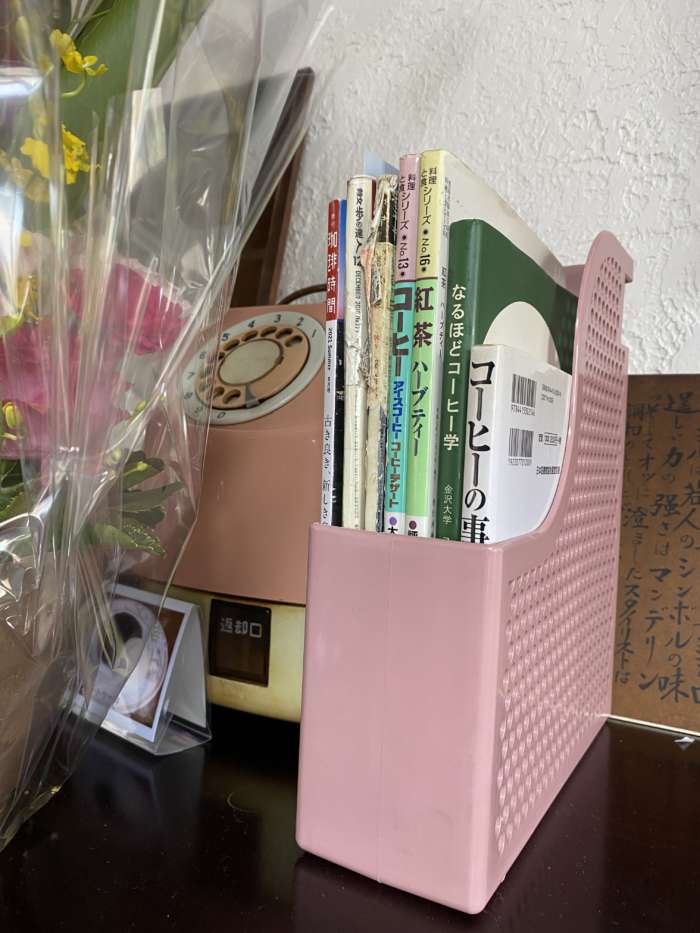 In particular, Kissaten in the office area offer breakfast menus that include toast with butter on thick Japanese bread, potato salad, and boiled eggs at reasonable prices. 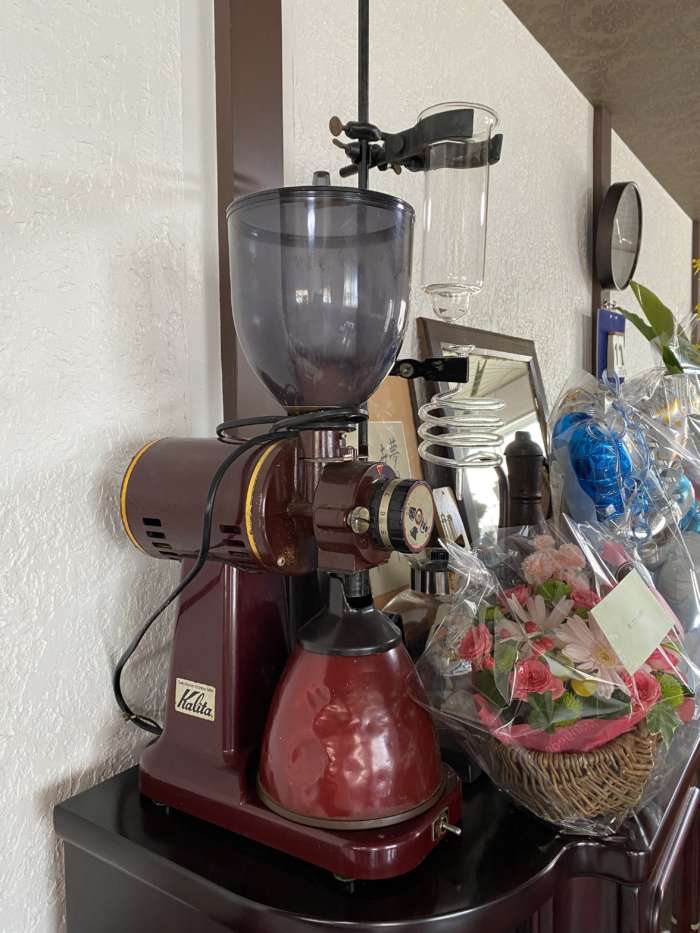 Kissaten can be found all over Japan, but its culture is especially prevalent in Nagoya, where they have become a big part of people’s lives. Because of the large number of them, some of them offer a free breakfast with a cup of coffee during morning business hours in order to compete with the competition.

When I visited Nagoya, I also had breakfast at Kissaten. I still remember especially delicious sandwiches with anko (sweet bean paste) and butter, which are famous in Nagoya. 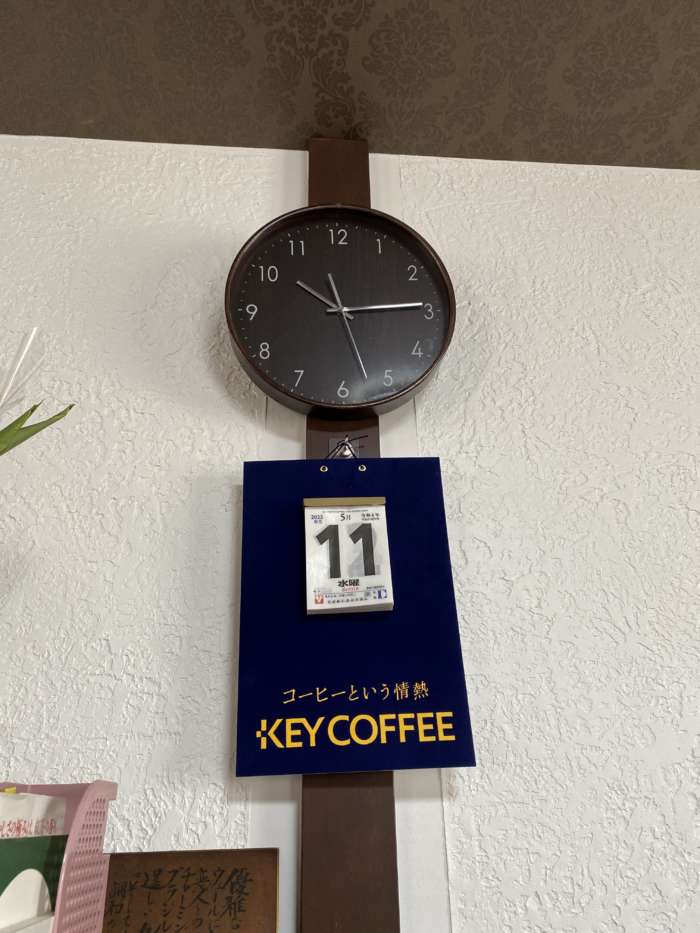 And just recently, I was thrilled to hear that a long-established Kissaten that has long been a favorite in the office district had moved into the neighborhood, so I went there right after it opened!

When I entered the store, I was delighted to see a coffee siphon that I thought had been used in the past, a pink-colored pay phone, an orange-colored glass sugar pot, and a retro-looking daily calendar hanging on the wall, creating a world just as I had imagined it! 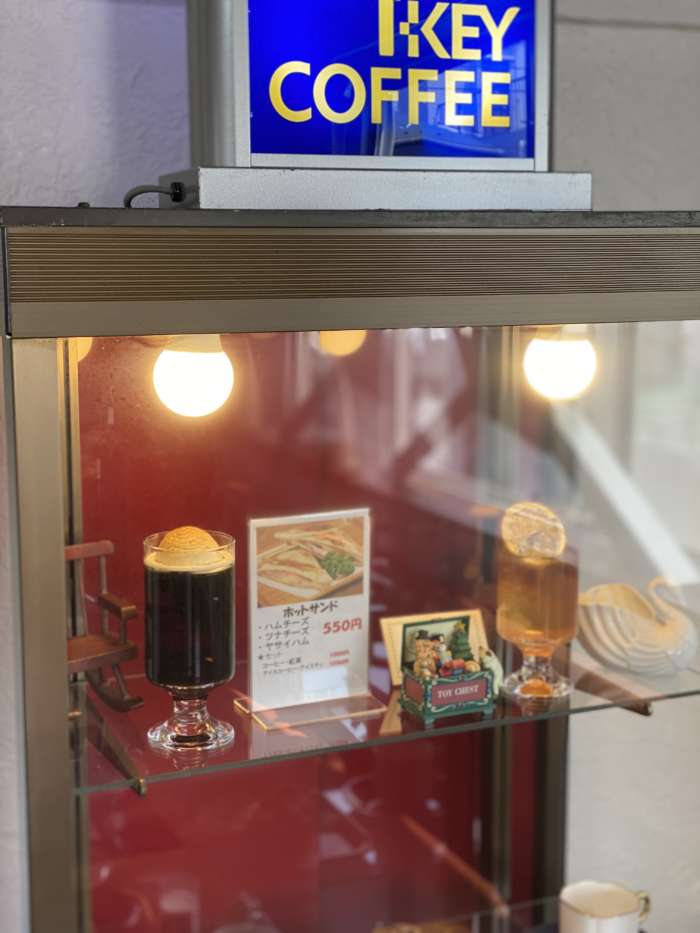 The day I visited the cafe was close to noon on a weekday, but I was able to order a morning set with iced coffee.

The thick slice of toast was well soaked in butter and made me happy with every bite. (I decided to try to imitate it at home!) Perhaps in consideration of nutritional balance, the potato salad was also served with fresh vegetables. 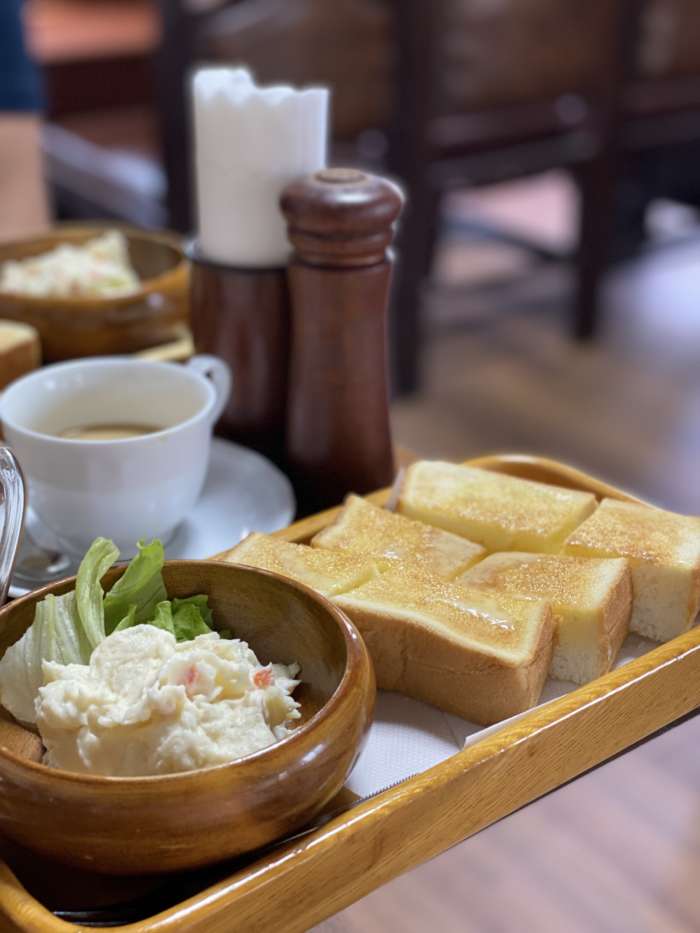 The original iced coffee, a popular item on this coffee shop’s menu, is a blend of four different types of beans and is topped with a generous amount of whipped cream. I drank it while adjusting the gum syrup that had sunk to the bottom and found it to be bitter to my liking, and that alone made me feel satisfied. 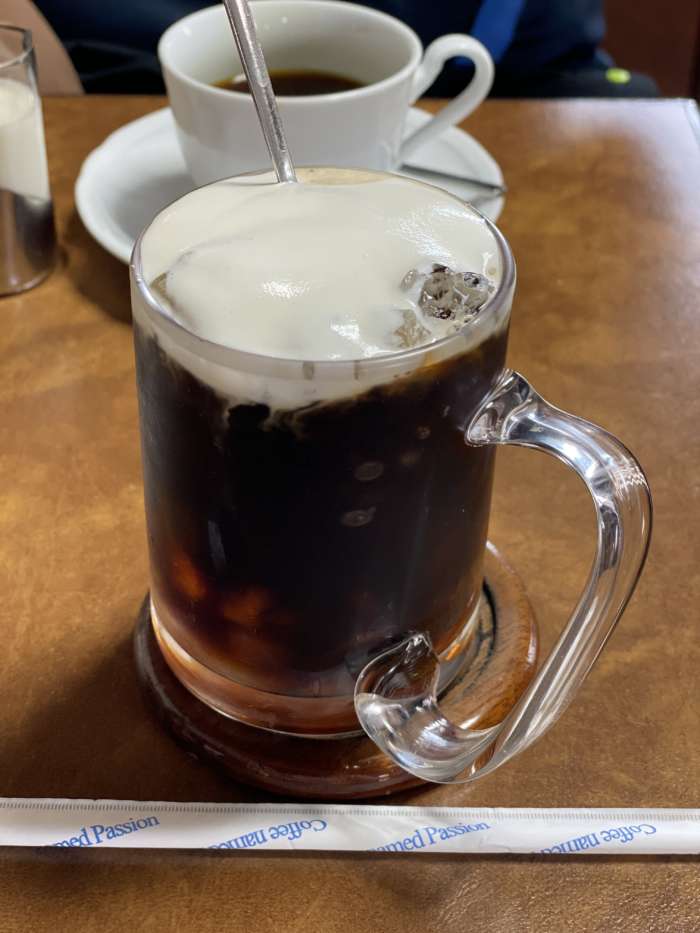 I was happy to have a relaxing time in a coffee shop after a long time. I will continue to go there in the future.

Did I successfully convey the charm of Japanese coffee shops?
I think the best way is to experience it for yourself, so please visit Kissaten in Japan. 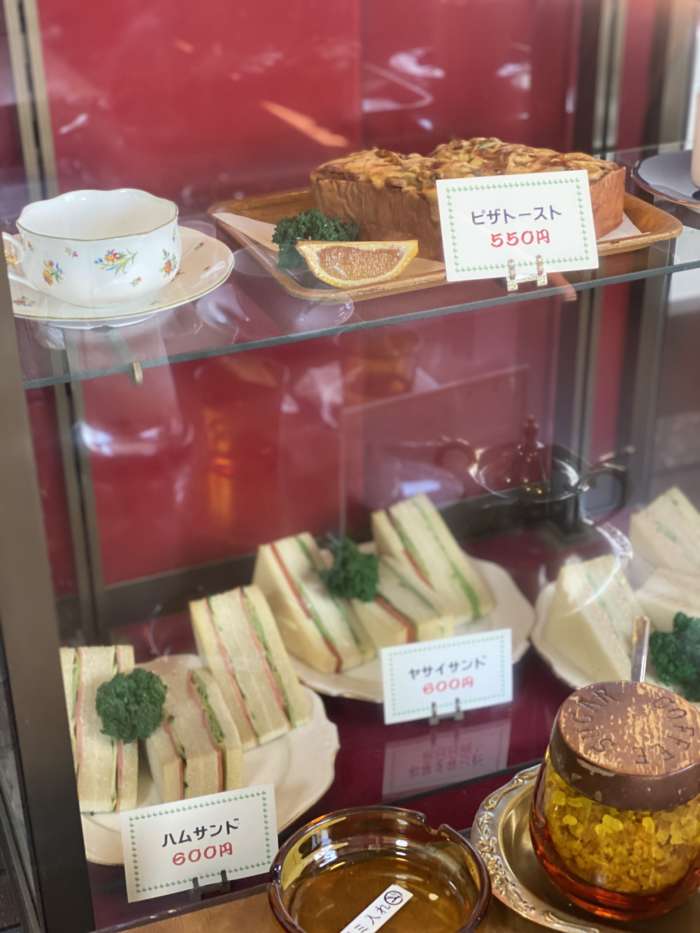