In early summer, we have a rainy season called Tsuyu (or Baiyu) here in Japan. Tsuyu literally means “Plum rain”. Coincidentally,  it is also the season of plum ripening.

The rainy season is caused by the collision of cold northerly and warm southerly air masses, which results in a relatively stable bad weather front over the Japanese archipelago for several weeks.

In most of Japan, the rainy season lasts from the beginning of June to mid July. Only Japan’s northern most main island of Hokkaido usually doesn’t get affected by the rainy season. I think it’s very unique!

The most common way to enjoy Plum is to pickle them. It is said that the most oldest pickled plum is the one made in Muromachi period.

The main nutrition of pickled plum is the citric acid, which is the main factor of sourness. This has the effect of “fatigue reduction”. And it breaks the “lactic acid” in the muscle which is the cause of the fatigue, suppresses and also works on lactic acid in the blood, so it’s also effective in arteriosclerosis, rheumatism and a poor circulation measure.

It is also said that citric acid helps to secrete saliva, removes the oxygen radical which causes the origin of cancer, makes the movement of internal organs active, digests and helps absorption.

Additionally, citric acid suppresses multiplication of the bacteria which causes food poisoning. So, citric acid has the effect which can defer decaying food, and they’re the ideal ingredients in the humid season.

Rice and pickled plum lunch box called “Hinomaru Bento” might be quite reasonable in Japan with the high humidity. I also like pickled plum so I usually put them in my bento box. 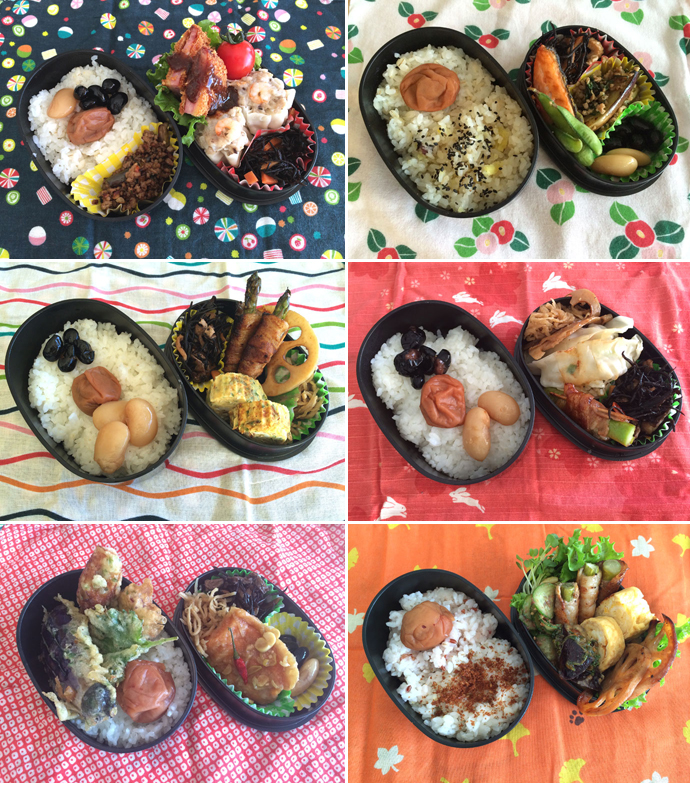