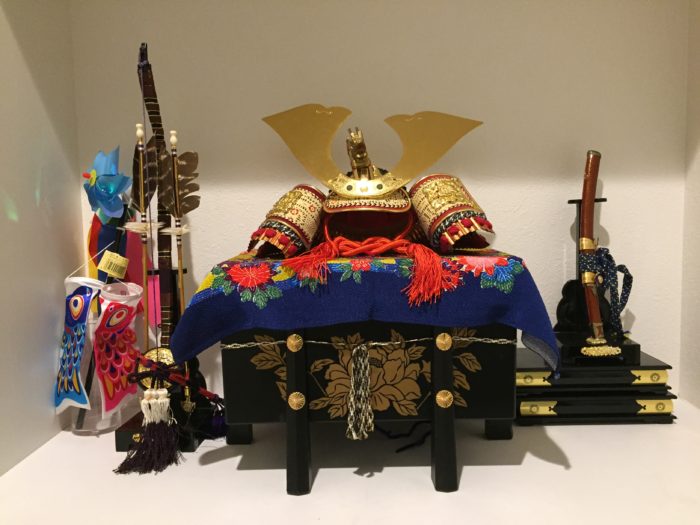 On 5th of May, we celebrate Children’s Day (Boys’ Festival) in Japan. It is called Children’s day but families with a boy put up carp streamers and display doll warriors, armor and war helmet decorations and similar and offerings to the gods, with Chimaki (cake wrapped in bamboo leaves) and Kashiwa-mochi (rice cake wrapped in oak leaves).

Since I have a younger brother so my mother used to put iris leaves in a bath tub. By taking a bath to which the leaves and roots of this plant are added, people hoped that noxious vapors would be driven out from the body and their children would have sound health. 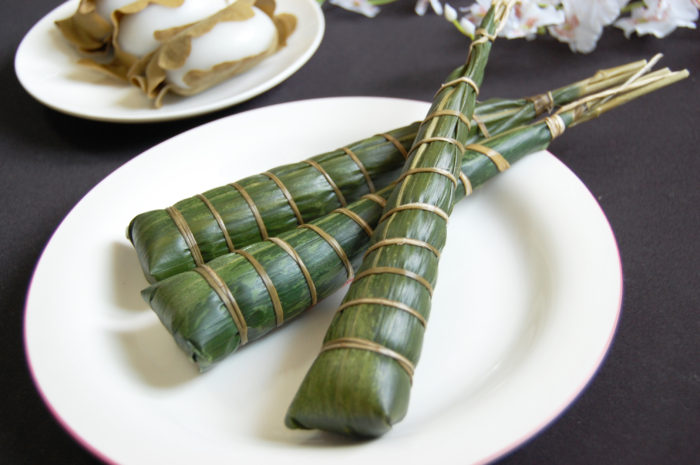 The form of the Boys’ Festival, as it is held today, is said to have originated in the families of bushi in the Edo Era.
At first, it appears that to pray for the social success of their son, the parents put up streamers in their garden, modeled present day carp streamers.

While no sumptuous dishes are served at the Boys’ Festival in comparison to those of Girls’ Festival, people have chimaki to avoid evil in line with the Chinese tradition. Oak, whose leaves are used to wrap kashiwa-mochi, does not drop old leaves before sending out new shoots. Because of this, people believe that if you eat kashiwa-mochi, you will never die before your child is born, will always have an heir and your descendants will prosper. This is why kashiwa-mochi began to be eaten at the Boys’ Festival. 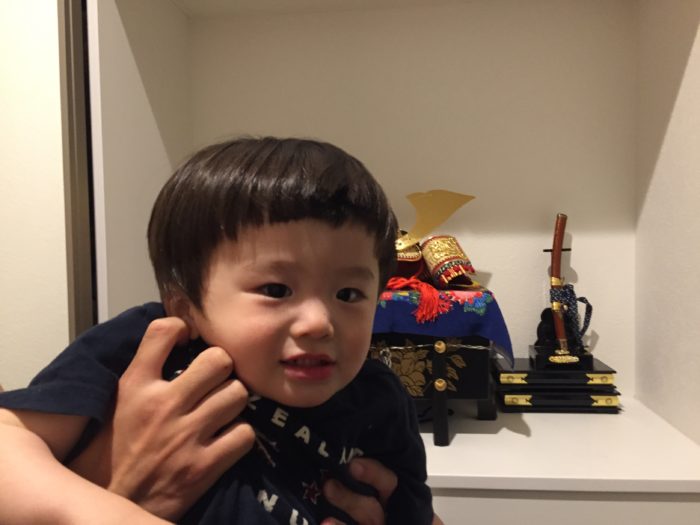