This vlog introduces the hidden local spot in Tokyo. This time, I will guide you Azabu Juban area. It is a calm area where long-established restaurants and modern shops and cafes coexist. I visited Azabu Juban Shotengai (shopping street/district) and discovered famous local sweets. For more information about each foods etc, please read the article down below!

Where is Azabu Juban (麻布十番)?

The closest access point is Azabu Juban Station, accessible via the Tokyo Metro Namboku Line and the Toei Oedo Line.
To visit Azabu Juban Shotengai, go to the Exit 4. 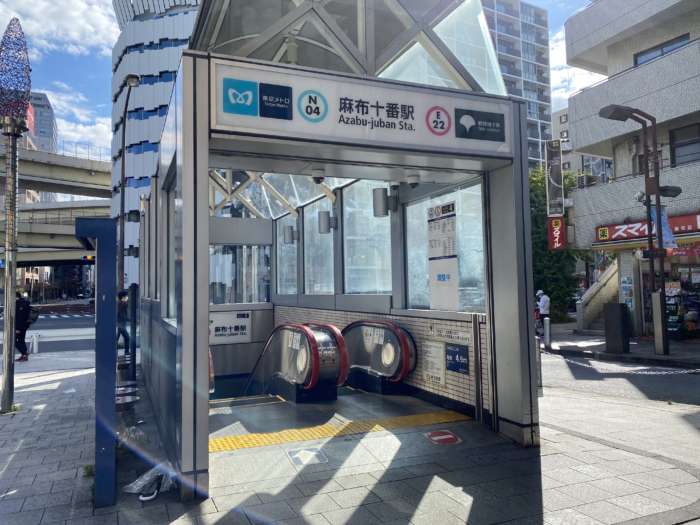 Azabu Juban (麻布十番) is a district of Minato (Minato-ward) in Tokyo. Nestled between Roppongi and Tokyo Tower, Azabu Juban is a surprisingly laid-back neighborhood considering its central location. The convenience of several supermarkets in a central location and the proximity of Hiroo and Roppongi make it one of the more trendy and sought after residential areas of Tokyo. With an old-school atmosphere that retains its Edo period roots, this upscale residential area boasts some of the highest rents in the city.

Azabu Juban is also home to several embassies, making it a popular place of residence for diplomats and globally-minded people. This synergy between traditional and metropolitan gives the neighborhood a truly one-of-a-kind feel.

3 Things to do in Azabu Juban area

2. Join the Azabu Juban Matsuri in Summer : Azabu-Juban holds one of the most famous local summer festival. The event takes place over two days on Saturday and Sunday with the streets being lined with local stalls and food vendors.

On the last weekend of August, residents come together for the Azabu-juban Noryo Festival. Drink and be merry with the hordes of revelers who congregate on the street, sampling foods from across the country at the many food stalls set up for the festival.


Azabu-juban Shopping District is the focal point of the neighborhood, lined with over 300 shops, many of which have been around for over 100 years. More recently, as the area has become popular with foreign embassies, diplomats, and foreign workers, the street has welcomed international up-market boutiques, cafes and restaurants. You can enjoy foreign cuisine like burritos, Italian food, and pasta while also trying traditional Japanese confections and rice crackers. 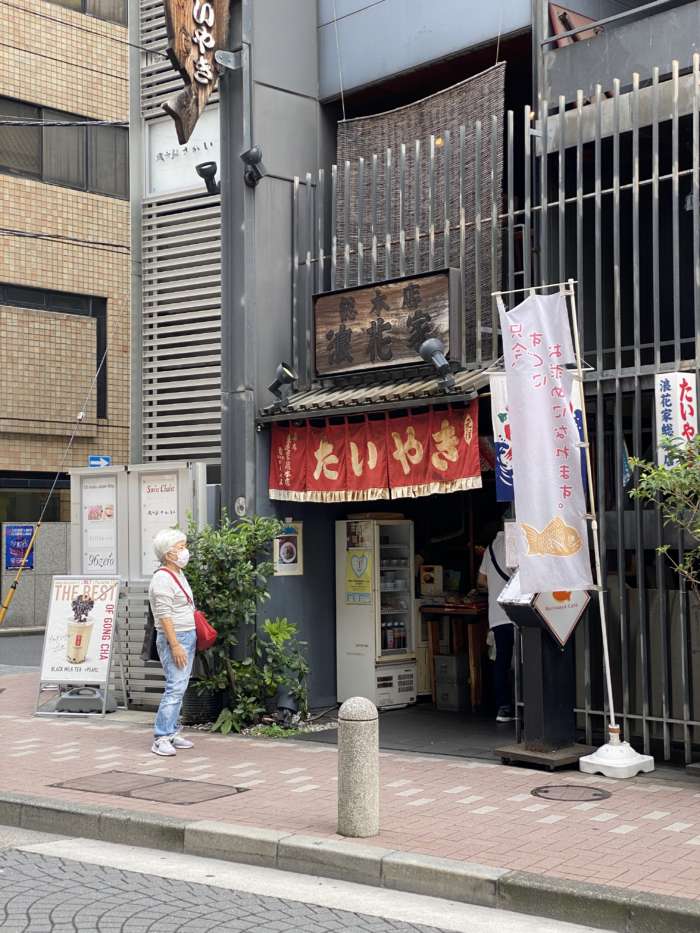 This shop it the origin of Taiyaki (fish shape waffle with red bean paste inside)!
According to the “Encyclopedia of Origin of Food”, it is said that Taiyaki was created by Seijiro Kobe, the founder of Naniwaya Sohonten, which was founded in 1909 (Meiji 42).

He started the “Imagawa-yaki” (round shape waffle) but it didn’t sell at all, and then turtle-shaped “Kame-yaki” also failed. However, when he made it into a happy sea bream figure, it’s sold like a fly.

As for why he chose the sea bream figure, the sea bream (Tai, in Japanese) leads to a lucky charm (Medetai). Also, the real sea bream was a luxury item that was hard to get into the mouth of the common people. So, he imitated it so that everyone can eat. What a nice story! 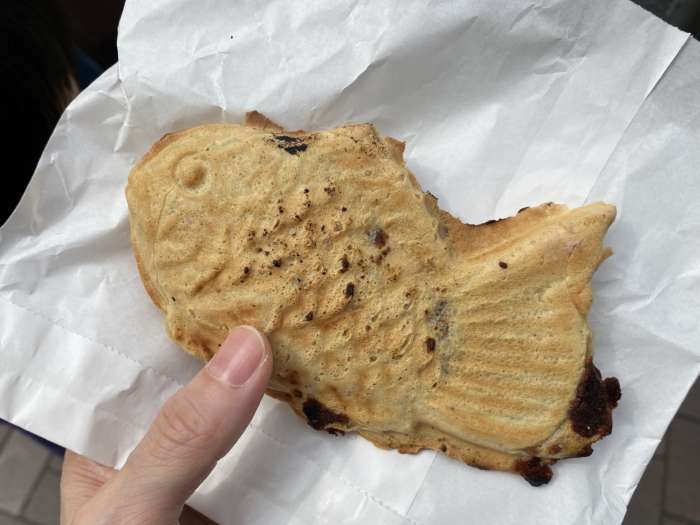 The fragrant thin skin and plenty of sweet bean paste. In keeping with tradition, they are still carefully baking one by one. Please enjoy the freshly baked hot Taiyaki so that you can enjoy the crispy texture.

(By the way, Naniwa is the name of the town in Osaka, where the Seijiro came from.)

– Miso soup of the month at MISO Jewelry x Himel

This is a new style miso soup stand opened this year in Azabu-juban area.
You can choose among 4 types miso and 9 different fillings to create your own miso soup.
Please try their miso soup of the month! 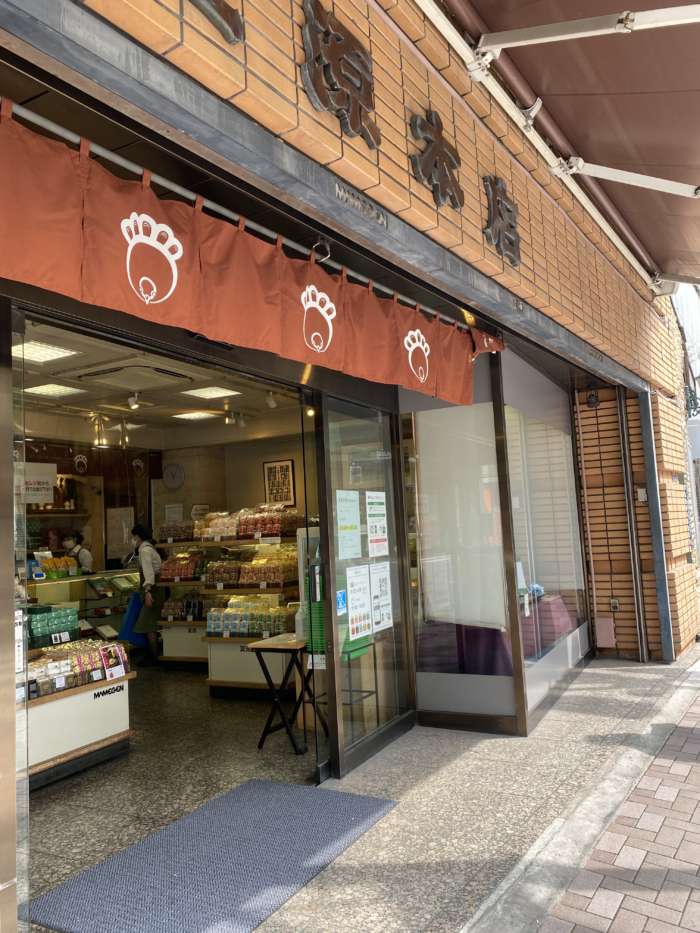 Since our founding in the first year of Keio (1856), Mame Gen has pursued the taste of bean confectionery with a manufacturing method that preserves the taste and flavor of beans.

The name of the shop “Mame Gen” came from the first/founder Surugaya Genbei was nicknamed “Mameya no Genbei” means the bean-seller Genbei. He seems to have been familiar to the people of Edo city with roasted beans on his shoulders and walking around the stall cart.

The most popular is the “Otoboke Beans”, which contains three types of bean confectionery: green laver, chopped seaweed, and shrimp. 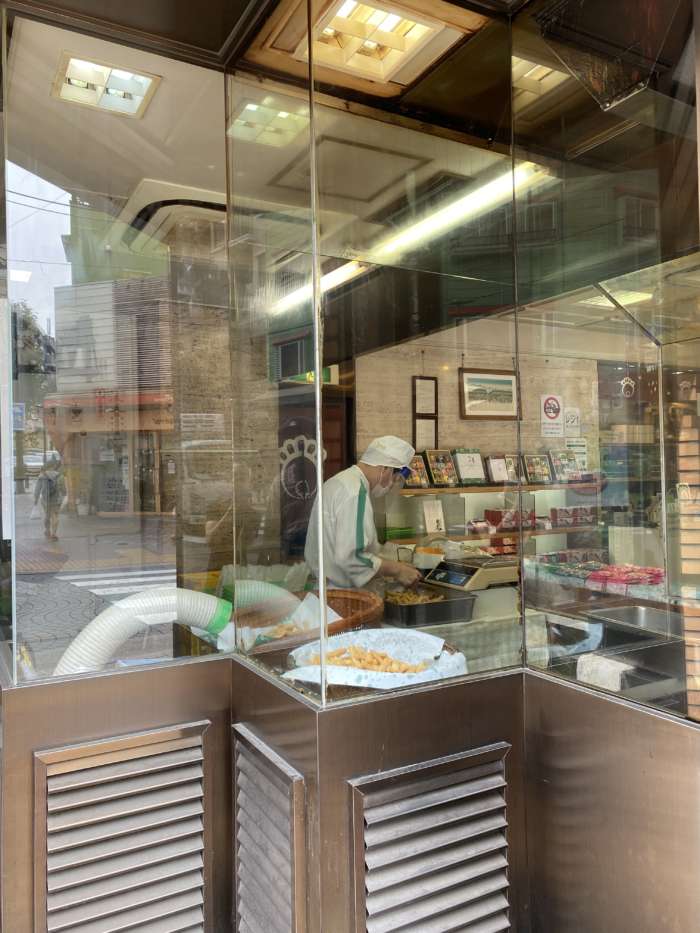 This shop is famous for bean confectionery but I recommend their Okaki!
Okaki is a fried rice cracker.

The dough is carefully dried in the sun one by one. It is still made by the old-fashioned simple method of deep-fried rice bran oil and sesame oil, which are hot to 240 degrees Celsius, and sprinkle with salt. 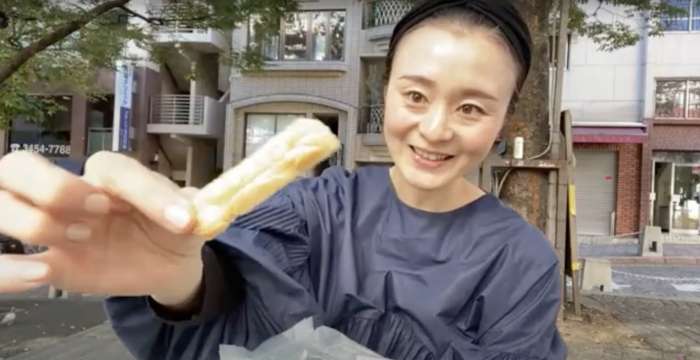 In the shop, you can buy freshly fried Okaki, which tastes much better than Okaki in a plastic bag!
I recommend to go there and wait until it’s prepared at the best timing! 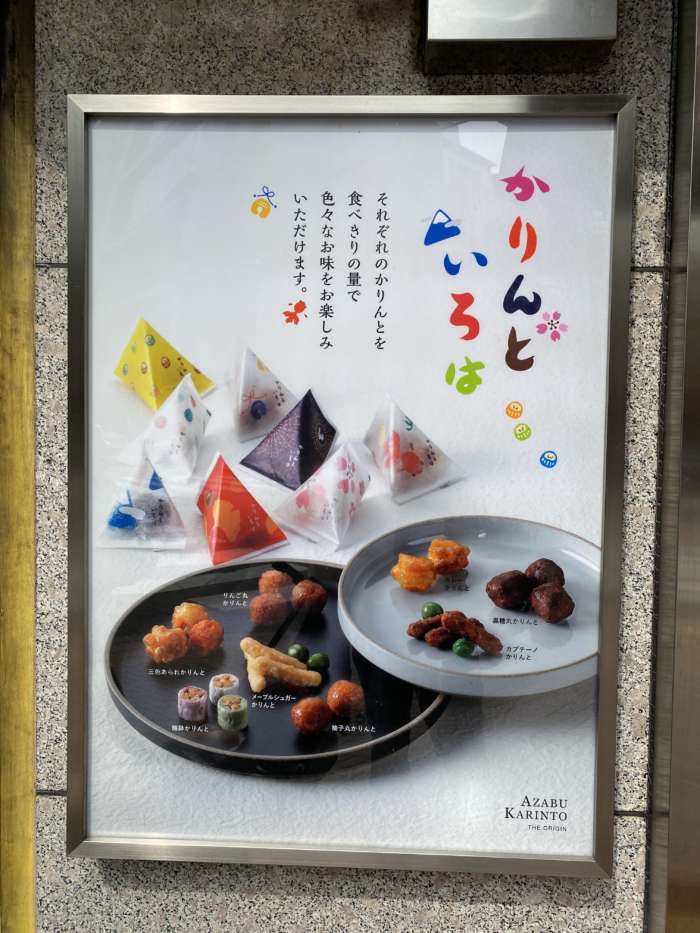 Azabu Karinto is a specialty shop only for Karinto, which is a cracker coated with brown sugar syrup.
Inside the store, you can find a wide variety of Karinto wrapped in cute packages.

There are 50 kinds Karinto and also limited and seasonal products like Halloween Karinto with using pumpkin. 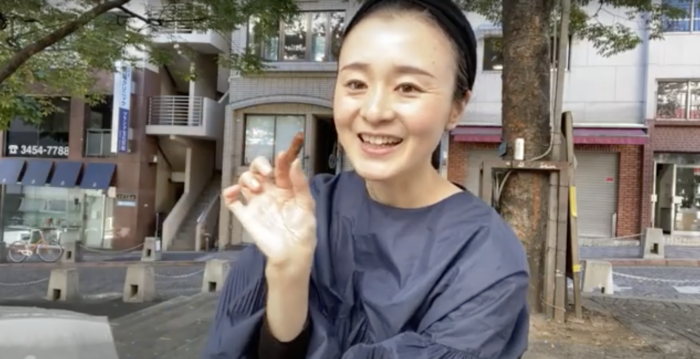 If you are beginner of Karinto, I recommend to try their most popular and signature product called Azabu Karinto, Which is the same name of the shop. By the way, second popular is Kimpira gobo Karinto, then Swirl Karinto as the 3rd.

For eating while walking, I recommend the store-limited “Kogashi Kuromitsu Karintoman”. The freshly fried fragrant from brown sugar syrup spreads in your mouth, and it’s delicious to make you sick!

Azabu-juban Kibundo and was founded in 1910 (Meiji 43) and is famous for Japanese-style waffles.
This fusion sweets of Waffle with red bean paste inside has the impact from western and Japanese sweets. The fluffy dough contains red bean paste called Anko. There is a similar looking sweets called Dorayaki in Japan but unlike Dorayaki dough, it is light and fluffy. This is made of waffle, so I am sure many of you feel free to make it. If you are interested in, please check my Red bean paste (Anko) recipe!