Umami is the fifth category of taste and is not as commonly known as the other four (sweet, salty, sour and bitter). 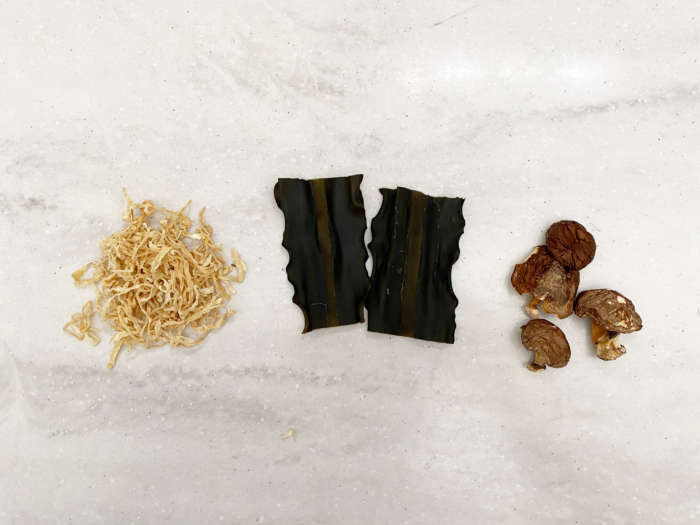 Umami is a concept with which all Japanese people are familiar – the Japanese palate easily recognizes its rich mouth-feel. The Kanji characters for umami translate as “delicious flavor” (旨味). When something taste good, it is often said to be Oishii (美味しい), but it can also be called Umai (旨い), and shares the Japanese character for umami.

Umami can be described as savory; it is full, rich, and round on the palate. It naturally exists in many foods including Parmesan cheese, meat, mushrooms, seaweed and tomatoes.

In 1908, Professor Kikunae Ikeda identified umami while sampling his wife’s is tofu simmered in a kelp broth and later isolated glutamate, inosinate, and guanylate, the naturally occurring amino acids and nucleotides that are the common components in umami-rich foods. Professor Ikeda also developed the flavor enhancer monosodium glutamate.

Many Japanese ingredients are rich in natural umami, including some of the main players in the Japanese pantry; soy sauce, mirin, miso and sake. Food is richer in Umami when fried that when fresh: shiitake, scallops, and daikon, for example.