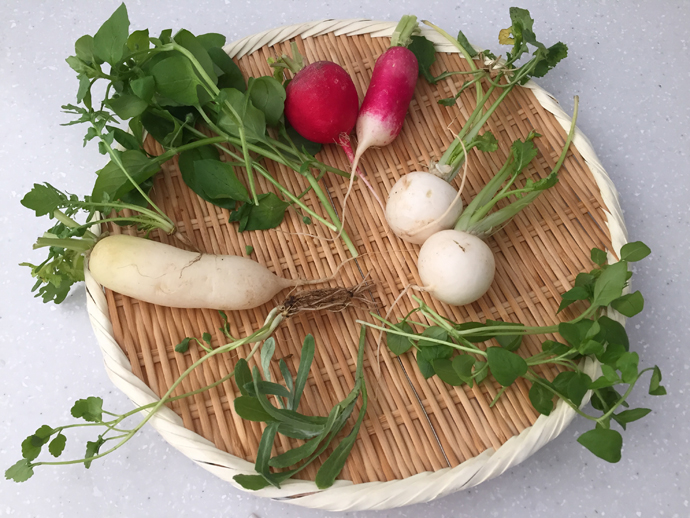 In Japan, we eat the seven herb rice porridge called “Nanakusa-gayu” on the morning of January 7th.

The seven herb rice porridge was introduced from China and then became popular here in Japan by Edo period. The original intention is to protect oneself against evils and invite good luck. And to pray for the longevity by eating the seven herbs that endure throughout the winter. 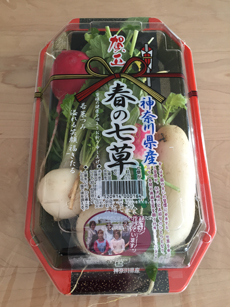 Instead of using water, I used the Japanese soup stock called “Dashi” to add more flavors and nutrition. It was so yummy!